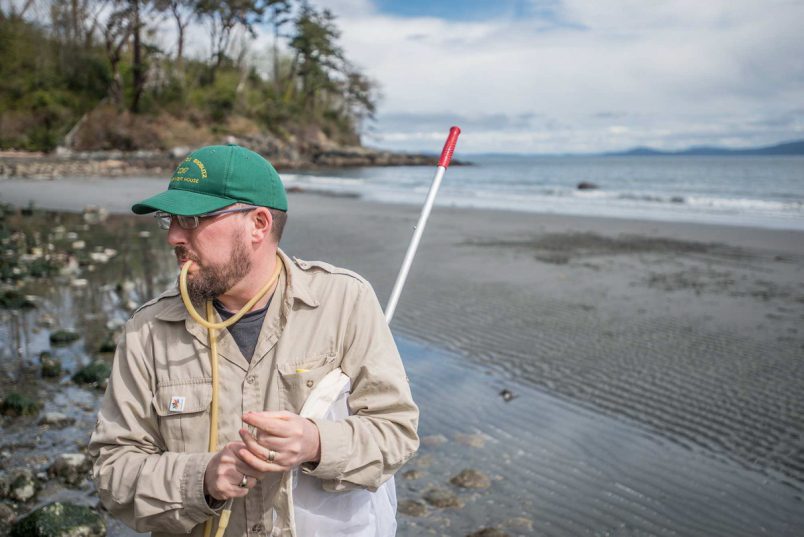 Joel Gibson has been the curator of the Entomology Collection at the Royal British Columbia Museum since the winter of 2016. His childhood and adolescence were spent among the Great Lakes and forests of southern Ontario. After completing degrees in wildlife biology and insect systematics, he pursued a teaching degree and a brief career as a high school teacher. Joel’s current position includes advancing knowledge of all insects and spiders of British Columbia. His move to B.C. has fostered an interest in western Nearctic biogeography as well as a strong interest in shoreline and intertidal arthropods.

Joel’s passions as an educator and entomologist have found a natural calling in support of various citizen science initiatives. His contributions to the Biodiversity Galiano project include participation in bioblitzen as well as ongoing support in the curation of the project dataset. Feel free to contact Joel at jgibson@royalbcmuseum.bc.ca or follow him on twitter @RBCMento.